On the 17th of Novembre 2020, Floriana Anselmucci will defend her PhD entitled "Root-soil interaction: effects on the soil microstructure"

This PhD was co-supervised by Luc Sibille (3SR) and Chloé Arson (Georgia Institute of Technology) as part of a project co-funded by Tec21 and IDEX Grenoble.

The defense will be organised via a Zoom meeting. You can join the audience following this link on the 17th of November not later than 2:55 pm.

An original protocol is developed aiming to create samples with repetitive initial nominal properties and representative of the natural interaction. Two experimental campaigns were run on a series of samples with different sands and plants. A 4D (3D + time) analysis of the interaction is carried out by using x-ray computed tomography.  For each sample, an average of 7 x-ray scans is performed, from the day of the seed sowing up to 7-days-old root system (see image above). An image processing technique has been developed and is applied to the 3D images resulting from the reconstruction of the x-ray scans. Through this image processing, the root system is identified, together with the sand grains and the water present in the system. Finally, a four-phased volume representative of the soil-root system can be defined for each state of the observed samples. Besides, from the 2D greyscale images of the samples, measurements of the kinematics of the system are obtained through local and discrete approaches of image correlation. Local sand porosity and deformations resulting from the four-phased volumes and the image correlations are detailed for one sample of each root-sand configuration.

Regarding the impact of the initial sand state on the root system development, the comparison of the different configurations shows, among other things, that the sand density plays a key role on the expansion of the root system, for both plant species.

Concerning the sand response to the root growth, the strain tensor computed with image correlations shows that a root shears the soil while growing and the sheared zone is wider when the initial bulk density is lower.

This work also focuses on the determination of the sand volumetric response to root growth in the sheared zone and its dependency on the soil density. Sand response is purely dilatant for denser initial states, while looser sand exhibits a contractant behaviour far from the root surface. Such a response is obtained in the case of both maize and chickpea. Moreover, the contractant behaviour induced by the shearing away from the root is also confirmed for both sand granulometries in a looser state. 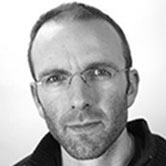