The role of turbulence cascade in wind energy applications

Within a worldwide effort to increase alternative energies generation, the study of the flow downstream one or several turbines has captured the attention of the turbulence community. It is a fascinating problem that involves turbulent wakes, interactions between them and their coupling with the background turbulent flow.

Despite this growing interest, many recent advances in the modelling of turbulent flows have not yet been adapted to such studies. They concern the understanding of the inner structure of turbulence: the energy cascade. This parameter sets how energy is transferred among large to small scales and how the energy of the flow is dissipated. This complicated phenomenon has been found to ultimately set important properties of turbulent wakes, such as their velocity deficit and how they spread on the stream wise direction. It has been recently found that the standard model, developed by Kolmogorov on the 1940s is not the only one relevant on wind energy applications. Over the last years, a new type of cascade has been identified in these flows. Because the conception and modelling of wind turbines and wind farms rely on the standard model (see Fig.1), it is key to study and characterise the presence of this new cascade on wind energy related scenarios.

We propose an experimental study on the axisymmetric turbulent wake under controlled conditions in wind tunnels. We will study (i) the turbulent wake generated by different objects (including regular and fractal bluff bodies and scaled rotors), (ii) their interaction with different background flows and (iii) the interaction of wakes generated by an array of generators. This will be the more complete study on these flows up to date from a turbulence perspective. 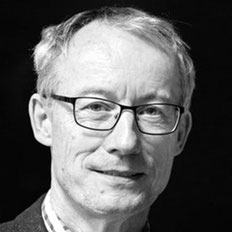